The story about Carolina Panthers offensive tackle Russell Okung has been reported by many media outlets.  Let’s hope the decision by Russell was an educated one because over a year and a half before he was paid in Bitcoin, he tweeted, “Pay me in Bitcoin!”

Russell Okung to convert half his NFL salary to Bitcoin

Some came from an article posted on theboardroom.tv under the title

On December 29, 2020, when half of his salary was converted to Bitcoin, the cryptocurrency was selling for $26,782 per coin.

The Upside to Getting Paid In Bitcoin

If Russell had decided to exchange his Bitcoin for cash on February 21, 2021, he would have more than doubled his money in less than three months.

Although the NFL paid Russell in U.S. dollars, his checks are direct deposited to a company called Zap.

Zap is a startup company that converts traditional paychecks into Bitcoin.

Apparently, Russell is a friend of Zap owner, Jack Mallers, who told Coindesk that unnamed players with both the New York Yankees and the Brooklyn Nets have joined the program.

Getting paid in Bitcoin will become more common when the public becomes more educated about cryptocurrencies.

Russell Okung to convert half his NFL salary to Bitcoin 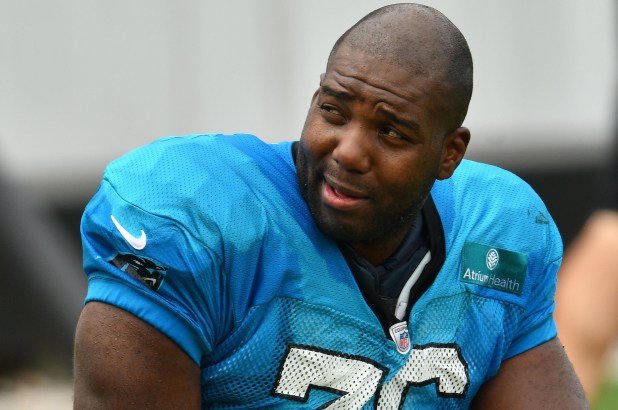 Carolina Panthers tackle Russell Okung has agreed to receive half of his $13 million salary in the form of the volatile cryptocurrency, a payments startup announced Tuesday.

Although the NFL still pays Okung in US dollars, the checks are now sent via direct deposit to Zap, a startup that converts traditional paychecks into bitcoin.

Okung tweeted in May 2019 that he wanted to be paid with the digital token.

On Tuesday, Okung’s Twitter account was updated to say “Paid in Bitcoin.” He also tweeted a possible motivation for the odd request: “When we are all paid in Bitcoin, no one can tell us what to do with the value we create.”

The 32-year-old Texas native may not be the last professional athlete to be paid via digital currency. Zap founder Jack Mallers, who is reportedly a friend of Okung, told CoinDesk that unnamed players on both the Yankees and Brooklyn Nets have joined the program.

Bitcoin has been on a tear of late, surging past the $20,000 mark for the first time earlier this month and recently trading as high as $28,387 per coin.

The value of the world’s biggest cryptocurrency has been boosted by hopes that it will become a more widely used payment method, with mainstream digital payments firms such as PayPal and Square allowing Bitcoin on their platforms.

The digital coin has soared before only to crash back down to earth again, most notably in 2017 when it first neared the $20,000 mark.

Read The Board Room’s version of the article below: